The runway was literally on fire at Gucci’s Cruise 2019 show, which was set at Alyscamps, an ancient Roman cemetery in Arles, France, at night time. 114 looks celebrated “the idea of death as fascination”, with references to catholicism, rock and roll and goth culture. Pieces featured cross necklaces, velvet dresses and embroidered capes. 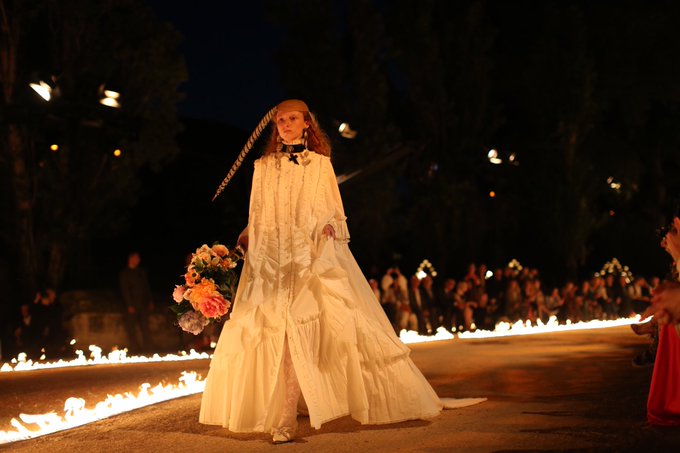 The flames dividing the runway were a reference to Dante Alighieri’s Divine Comedy, which was also quoted in some of the prints. 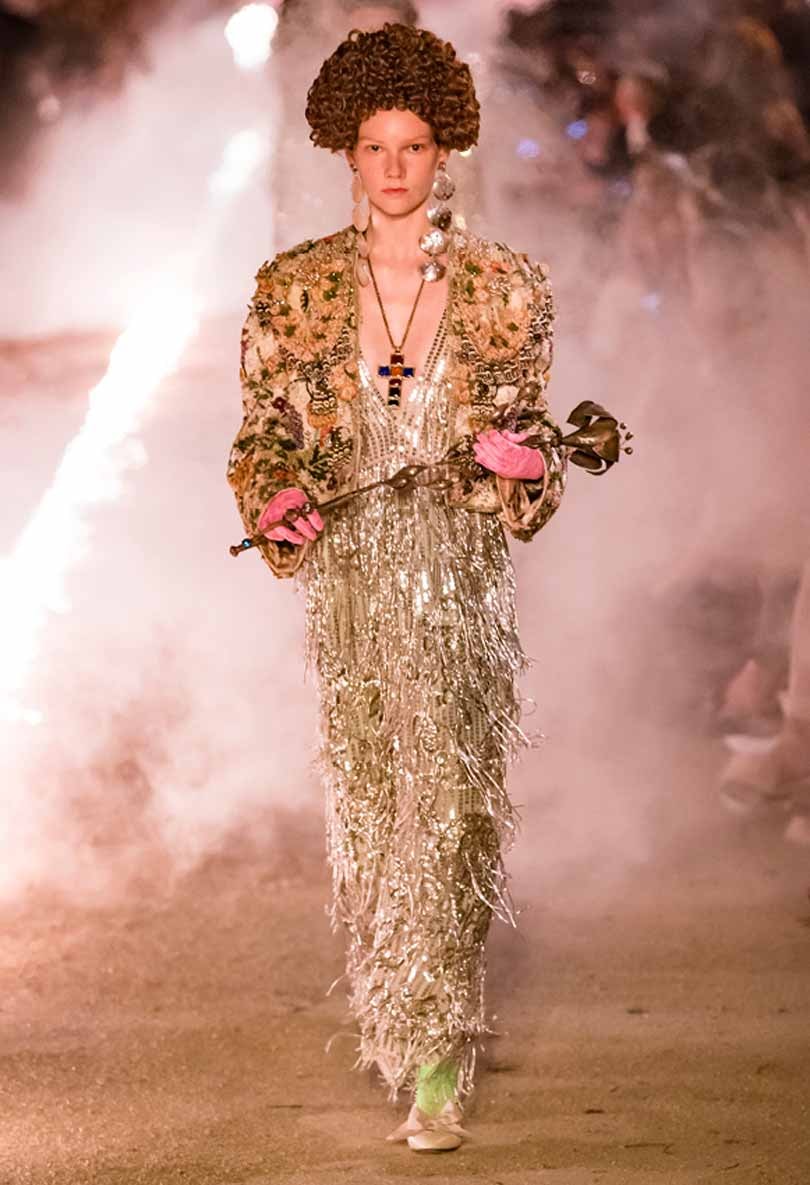 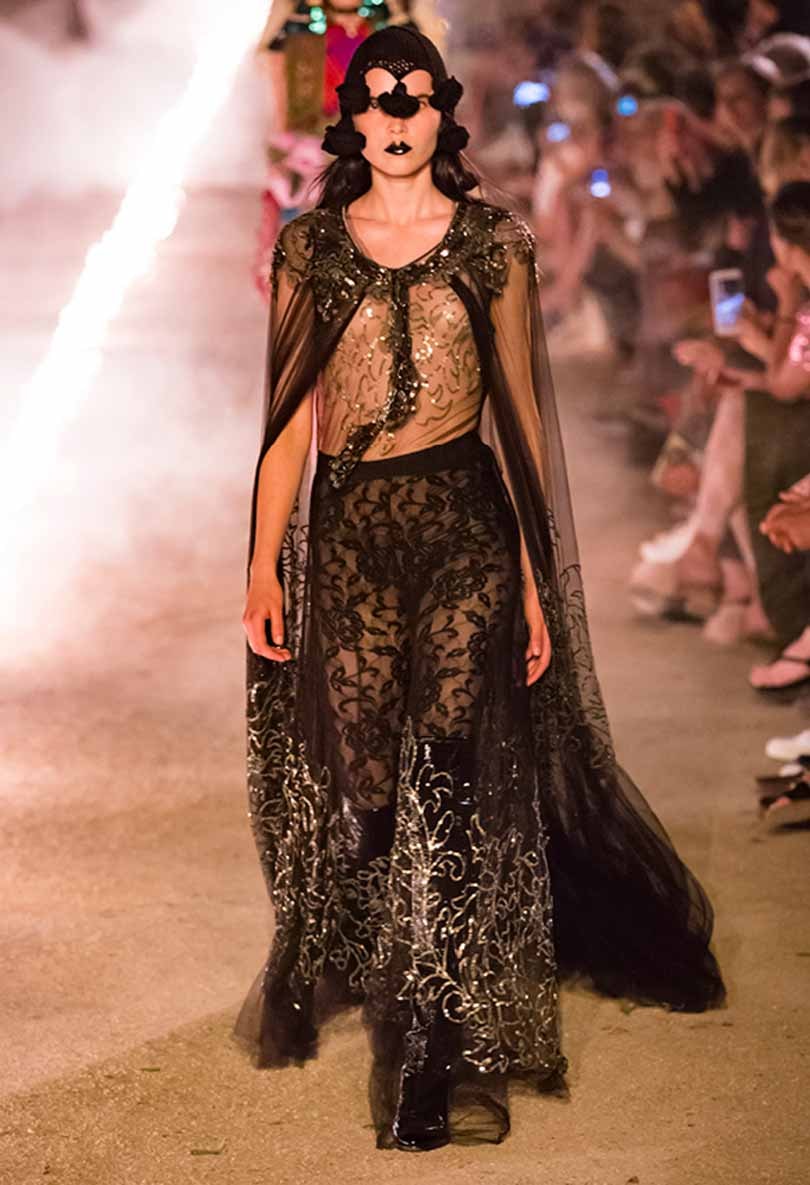 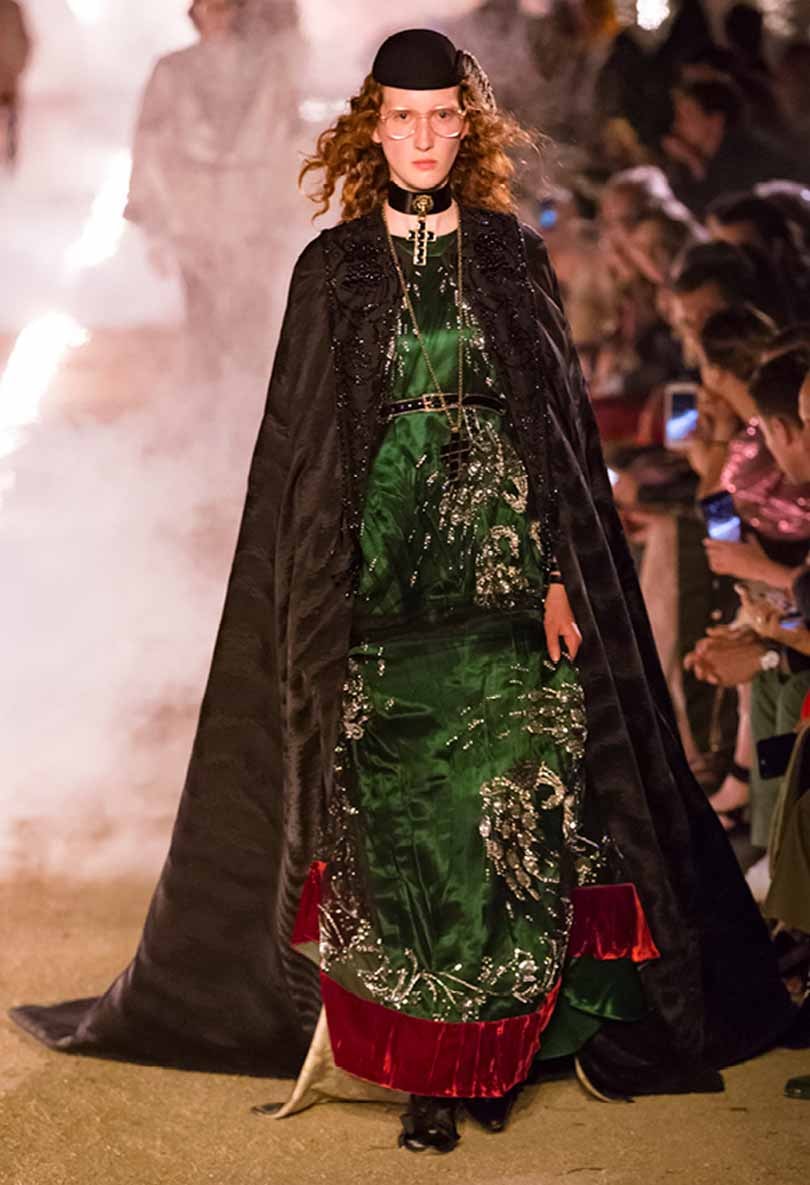 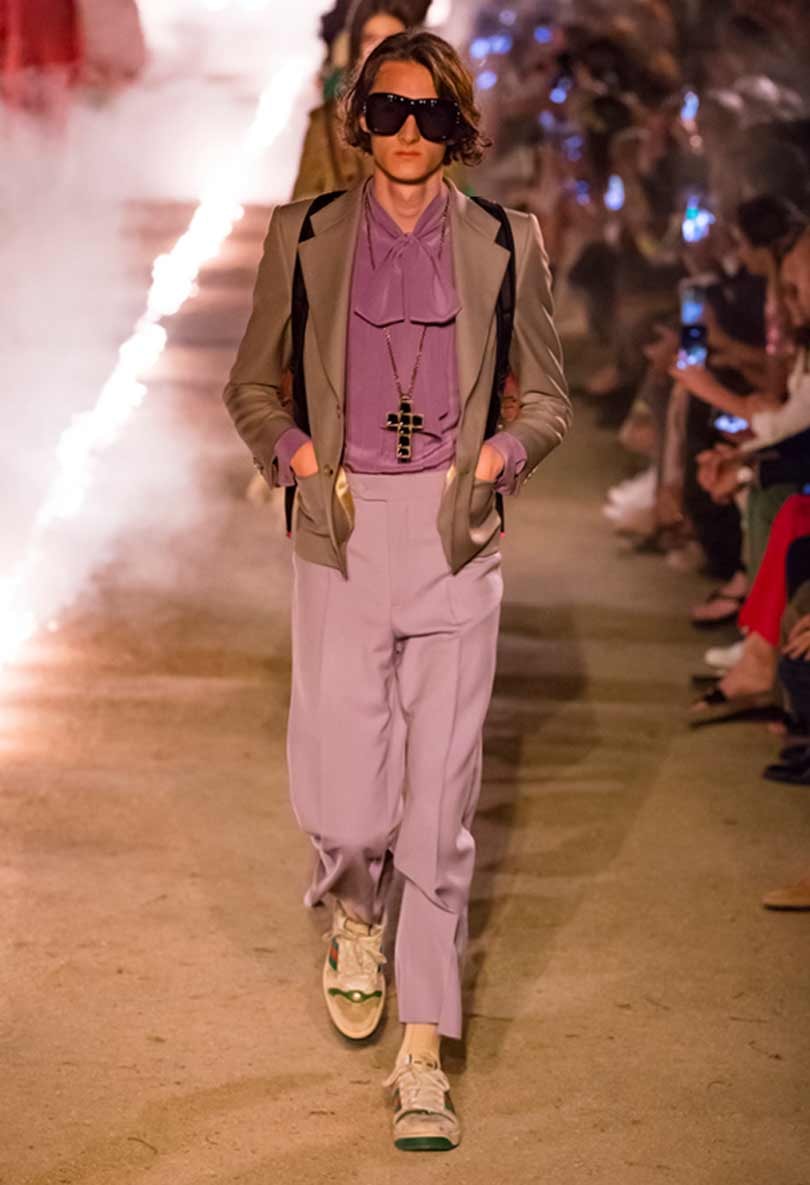 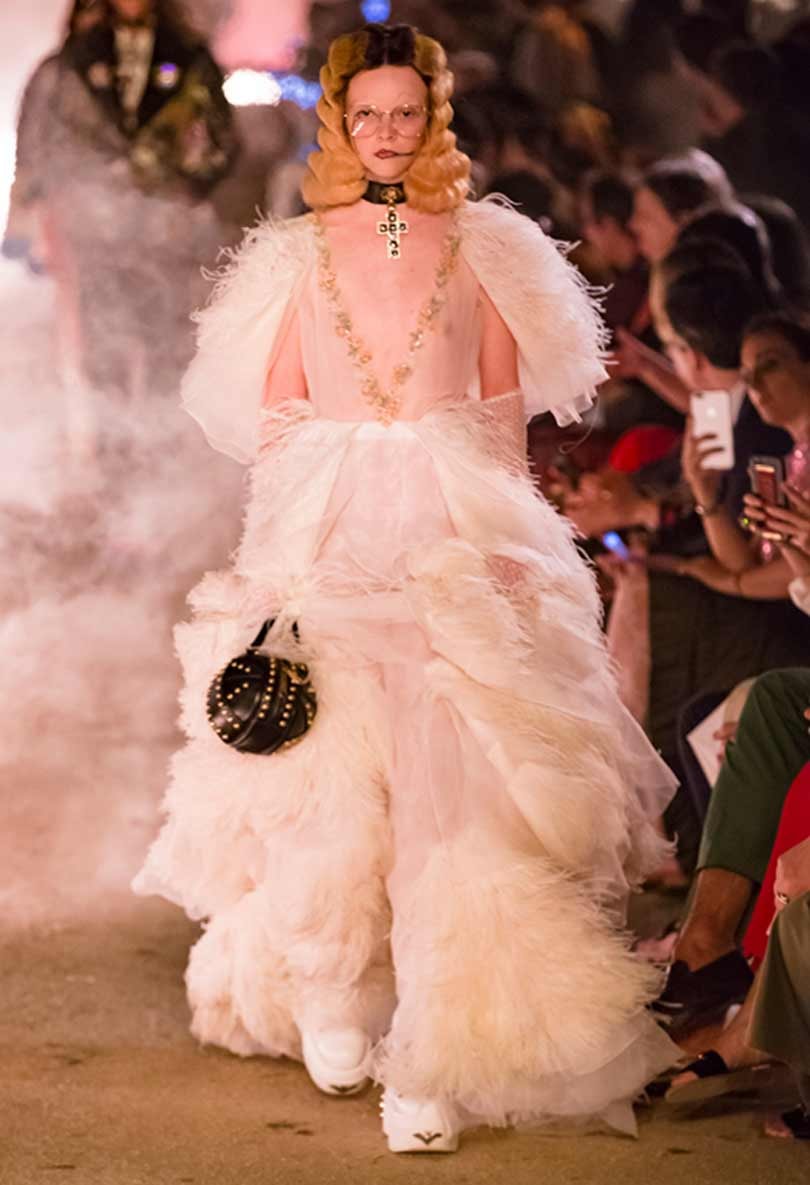 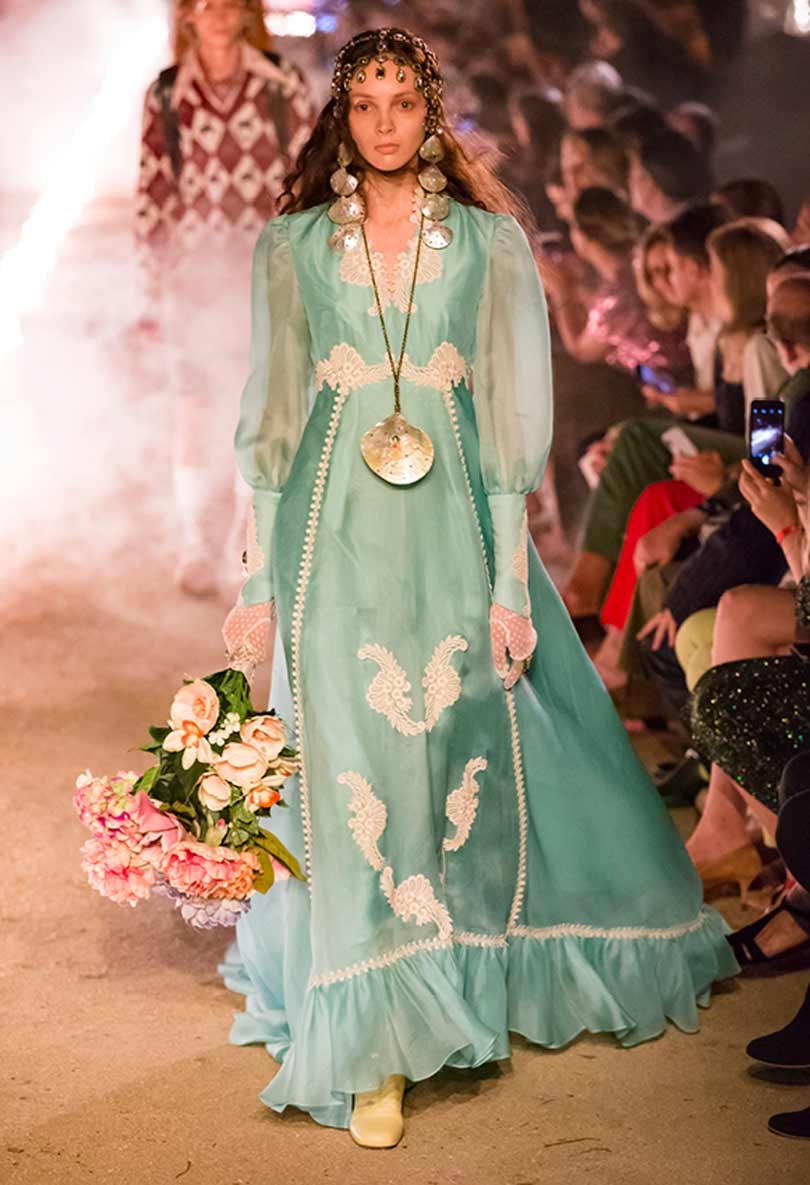 One of the most striking looks from the collection was a dress with an embroidered ribcage. “The inspiration is an ossuary, the crypts of the cardinals, of the monks in the 15th century, and the precious decorations. This idea is that everything that is linked to the afterlife is accompanied by something of maximum beauty”, explained Michelle on Instagram. 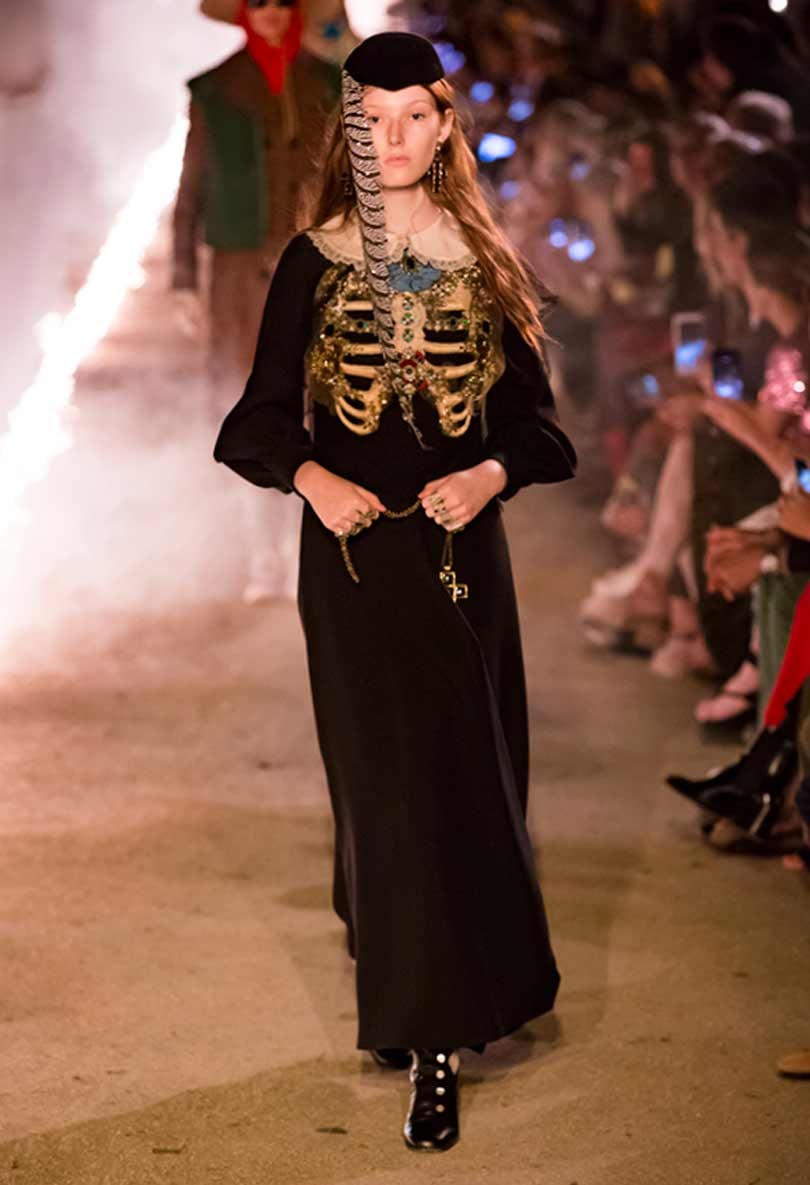 Many models were also carrying bouquets of peonies, to represent widows who take flowers to their late husband’s grave sites. 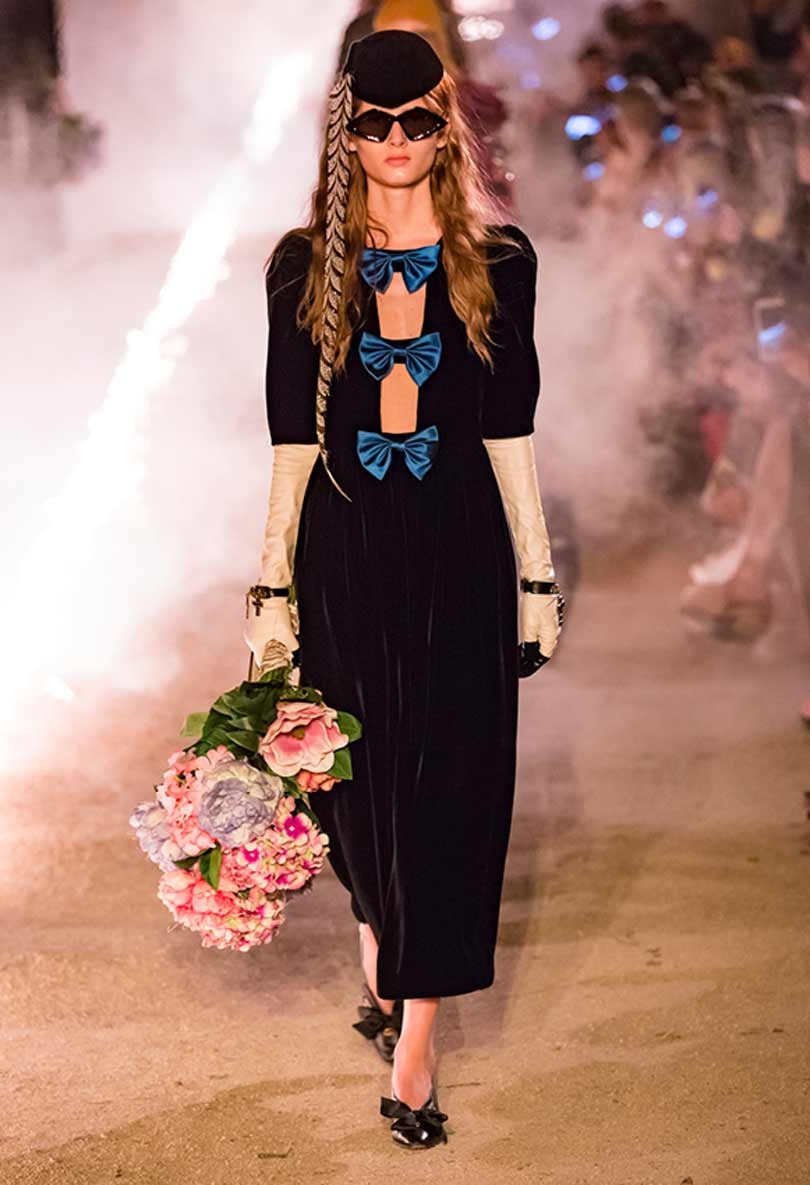 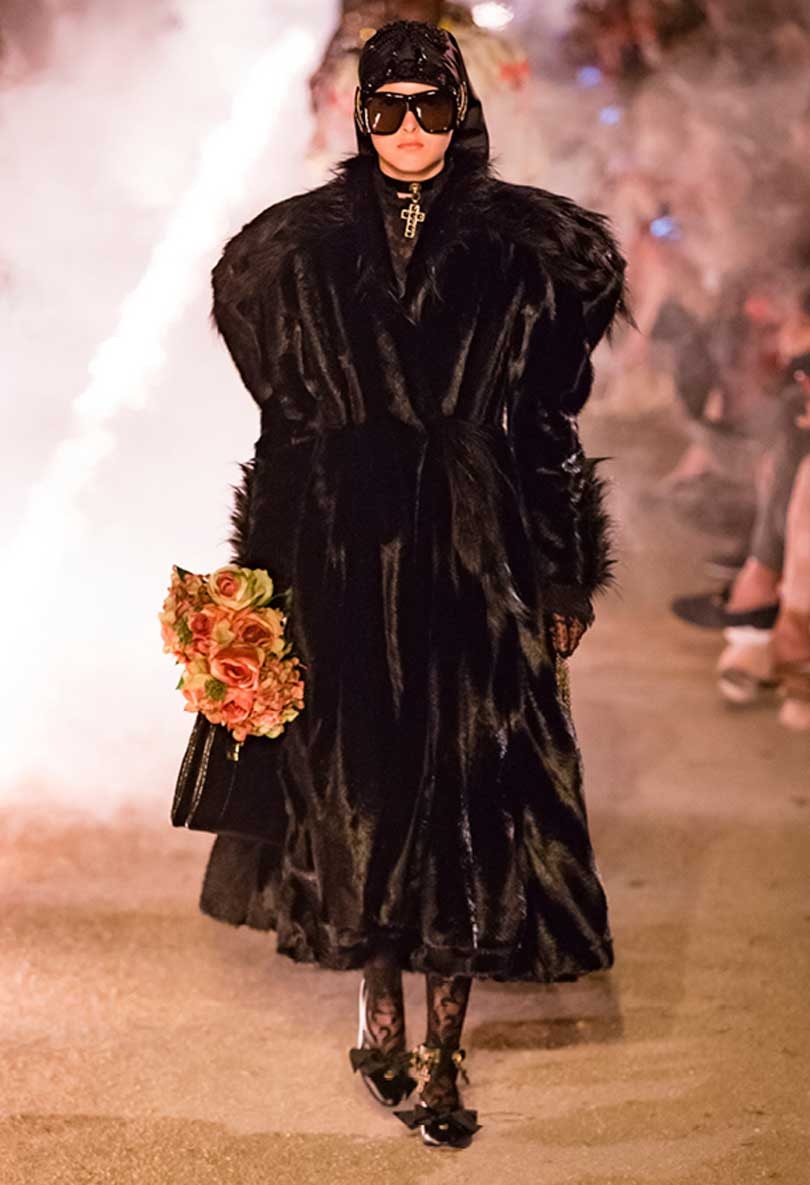 This is not the first time that Gucci has used rather macabre details in its runway show. Models carried replicas of their own heads in the label’s previous fashion show, held in February. Once again, Michelle has also included rather odd logos to its creations. While the previous collection had a number of outfits featuring the Yankees logo, this time Michelle chose the logo of Chateau Marmont, a hotel in LA which is said to be haunted by the ghost of American actor John Blushi, to appear on several pieces. 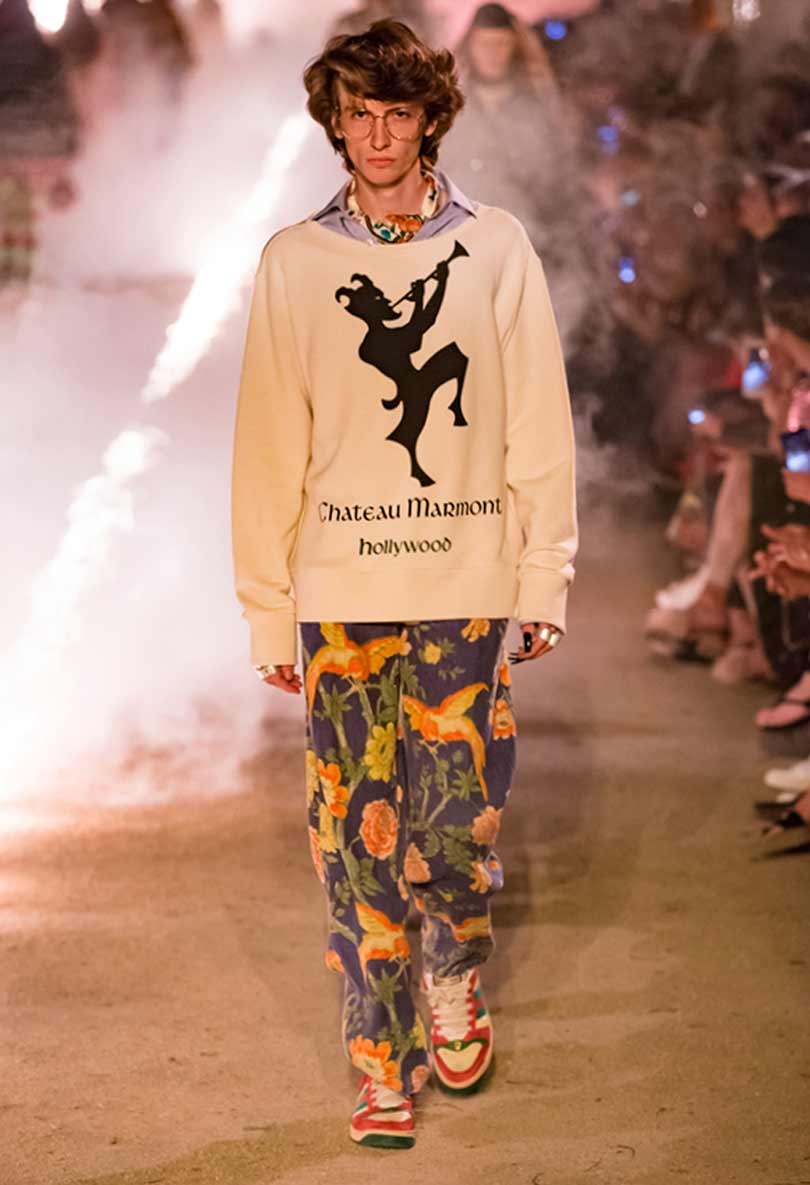 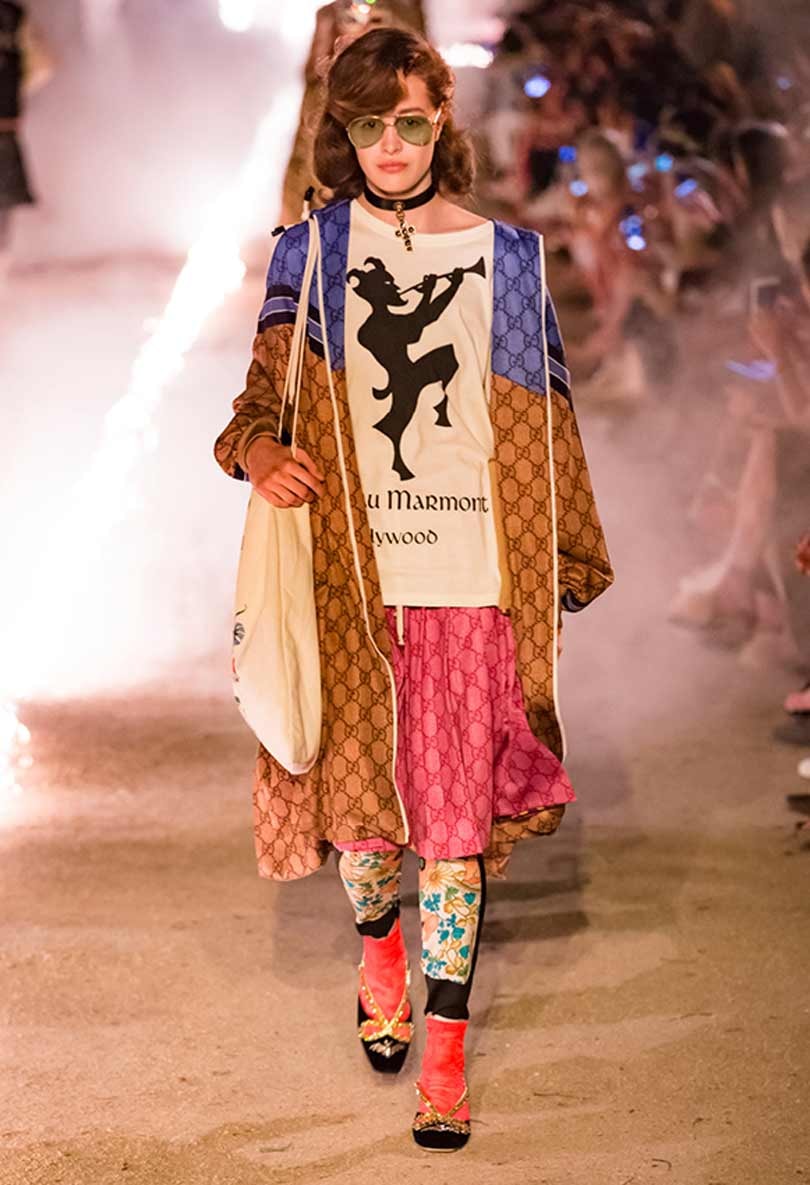 Is Your Diamond Ring a Reflection of Your Worth?